Despite Pakistan facing several challenges daily on national security issues, Scouting activities remain alive in recent months in this country. In fact, on 20th October 2009, the National Scout Council of Pakistan Boy Scouts Association (PBSA) elected Lt Gen Syed Parwez Shahid (Retd), as the new Chief Commissioner of PBSA. Also, in this election, all vacant positions of Commissioners were all filled in.

In August of this year, PBSA organized an impressive special ceremony at the National Headquarters in the presence of the Chief Scout and President of Pakistan Asif Ali Zardari receiving good media coverage in broadcast and in print. The event was attended by a large number of Scouts and Scout Leaders, ministers and other VIPs. On this occasion, the Chief Scout made a historical announcements to award 10 marks to every Scout in his final school certificate, including a donation of 20 million rupees, a swimming pool, a dining hall and additional land for expansion of the well-known Scouts College in Batrasi. 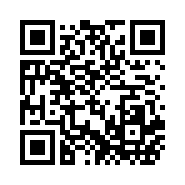