A place of fabled land and stunning landscape;

Where the trees are taller and the grass is greener.

Welcome to the fabled land of stunning landscaped.  Sixty-five kilometers southeast of Manila lies the only tropical rainforest close to the capital city.  It is located in the Municipality of Los Baños, a resort town famous for its hot springs and local delicacies.  Thousands of local and foreign tourists flock to this place annually to find solace from the sweltering heat and the hustle and bustle of the city life.  It can be reached through local transportation like buses and jeepneys.

At the heart of Mt. Makiling is the Philippine Scouting Center for Asia Pacific Region, a reservation untouched by civilization’s greed for rapid development.

The camp, which sits on the slope a thousand meters above sea level, offers a commanding view of Laguna de Bay, Manila and some nearby towns in Laguna, and the provinces of Cavite and Batangas, equally popular for lush forests and sandy beaches.

Located near the camp are various scientific and educational establishments like the University of the Philippines - Los Baños (UPLB), the International Rice Research Institute (IRRI) where the miracle rice was grown and developed, the Philippine Council for Agriculture Resources and Development (PCARD), the National Arts Center that nurtures talented young students in the visual and performing arts, the Pook ni Mariang Makiling, a resort adjacent to the camp’s swimming pool, and the historic site where General Yamashita of the Japanese Imperial Army was executed and believed to have buried a treasure.

Fifty years after the hosting of the 10th World Jamboree, Mt. Makiling will once again open its arms to host the 26th Asia-Pacific Regional Scout Jamboree.

Where is Mt. Makiling? 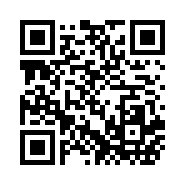