Scouts Australia officially launched one of its most remote Scout Groups in a simple ceremony on 8th May 2009 in the Kimberley region of western Australia.

The Djarindjin/Lombadina Sea Scout Group is the most recent successful project under the National Indigenous Scouts Program aiming to improve life opportunities for young people living in a remote indigenous communities by encouraging community ownership and operation and addressing the critical areas of community capacity building.

The the Djarindjin/Lombadina group is consist of 25 young people, three leaders and five adults. On its opening ceremony, the local language is used with the raising of the Scouts Australia national flag, alongside with the Australian flag, the Aboriginal flag, and a flag featuring Goolil (the sea turtle), a sacred food source to the Bardi people.

National Project Commissioner Partnerships Graeme Fordham attended the launch and said it is significant to know that the National Scouts Australia Program reflects the culture of the local communities in which Scout Groups operate.

”The new group will provide opportunities for young people to develop and strengthen positive interpersonal relationships with family and community members, and provide activities that offer young people the opportunity to develop their life skills and resilience,” Fordham said.

“The enthusiasm about Scouting in the community is fantastic,” he added.

Following the opening ceremony, the group enjoyed its first official overnight, enjoying the spectacular scenery of the place and a campfire with a good blend of Scouting and traditional local songs.

The last cultural camp held in Djarindjin community was in 2008 gathering 12 young people from the community and 12 from the Broome Scout Group.

The National Indigenous Scouts Program in far north Queensland and the Northern Territory was piloted in 2003 and has since expanded to South Australia, New South Wales and Western Australia. 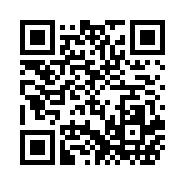