Another Scout Movie opens in Jakarta

After the success of "Lima Elang" (Five Eagles), a Scout movie released in 2011 to commemorate 50th anniversary of Gerakan Pramuka (Indonesia Scout Association), another Scout movie is now in theaters across Indonesia.

The film "Hasduk Berpola" (Patterned Neckerchief) talks about the love within the family and how that love can make you sacrifice to support one’s dream.

The 100-minute film started by unfolding the life of Masnun, a veteran ex-fighter during Indonesia’s fight for independence in 1945, and living with his widow daughter and grandchildren Budi and Bening. Although he made a significant contribution to his country, he is living in poverty. Unfazed with poverty, his grandson Budi was determined to continue being an active Scout despite not having the money to buy the Scout supplies he needed for activities.

Bening, seeing his brother’s passion for Scouting, along with his struggle, she decided to give up her favorite bed linens to make a Scout neckerchief for her brother. Love and friendship the siblings have for each other allowed that Scouting dream of Budi to continue.

During the visit of World Scout Foundation Executive Director John Geoghegan in Indonesia last year, he saw the official trailer of the movie and gave the trailer a “thumbs up.” John said the film speaks about Scouting spirit to never give up and the willingness to help at all times.

"The movie is very inspiring for young people values ​​and spirit of peace that exist in the film fits with our current program Messengers of Peace,” John said.

The movie premiere opened in Planet Hollywood XXI Theater in Jakarta on 19th March 2013, attended by Gerakan Pramuka and international leaders of Scouting. 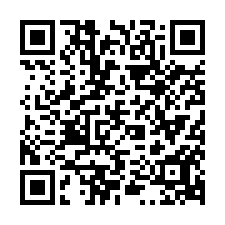