The Birth of Wood Badge

It’s said that men can change a life for either bad or good.
Once there was an Englishman, looking back from where he stood,
His working life over, his daily chores done, he wandered in the woods
And sought to do some service ere he left this troubled world.

He was a man of learning and passion, a leader of His Majesty’s Scouts.
He’d led his men in old India, his enemies he did rout.
Down in South Africa his victories are still talked about.
‘Til finally he got too old and the Army just pushed him out.

So he looked around the city with his keen outdoorsman’s eye.
He saw young boys, tomorrow’s leaders, as they idly wandered by.
He tried to find out what they did to help the time go by,
And their lack of purpose and motivation nearly made him cry.

This learned man of action started studying ‘bout boys.
He thought he knew what made them tick, their sorrows and their joys.
He didn’t think the answer lay in new and better toys.
He thought they needed to form in groups, to the woods they should deploy.

Robert worked and talked with others to try to make a plan
That would set up a training course for the boys. A completely new program.
It would teach the boys the skills they’d need to live upon the land.
He found a final worthy work to which he’d turn his hand.

Once the ideas came together, he had to find some men
Who would spend the time and money to get the training and then
Go out and teach the future fathers up in the hills and glens.
To teach the love of laughing waters, of stags and singing wrens.

He found a few good men and true, who would take the boys outside
The city walls and streets where many boys did reside.
To teach them to camp and cook and clean. They learned to stretch a hide
And make things from the leather, their experience grew wide.

They did the best they could, taught the young men to stay clean
In thought and deed and spirit; taught them never to be mean.
“Do a good turn daily” was just one recurrent theme.
Wear your uniform with honor, when wearing it you’re seen.

But some were fair, others good, yet other men were great
At leading troops of boys toward their yet undecided fate.
B-P saw that he needed to teach the leaders, it was a need that wouldn’t wait.
So for eight long years he taught them and the classes he taught were great.

“The training should be practical! We really need to camp.” said he.
Commissioner MacLaren, a man of means, said “Let’s look around and see
If we can find some property to buy, just bring the bill to me.”
So Gilwell was purchased for £10,000. Donated to Scouting for free.

On September 8 of 1919 the fellows did gather to learn
At Gilwell Field, 19 studied hard, the midnight oil they burned.
They studied Camp craft, Games and Fieldwork too, for outdoor skills they did yearn.
But the final thrill for these 19 good men was the Zulu bead they did earn.

So even today men and good women true leave their homes and families fair
To learn of the program built by Baden-Powell with such tender loving care.
You can talk about all that is wrong with kids, say they’re lazy, talk about their hair;
Or get up, get trained and do something more, fill these hearts and minds that are bare.

This is our quest, our duty, our love, to teach the Scouting ideals
And I think the Lord smiles down from above while great joy he surely feels.
Some day he’ll give us a hug, say he loves us, our deficiencies will be healed.
The work that we did for the future of kids began right there at Gilwell Field. 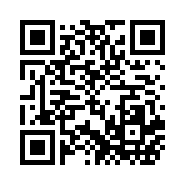